The Soul’s Journey – How I learned to stop worrying and love the Donald. 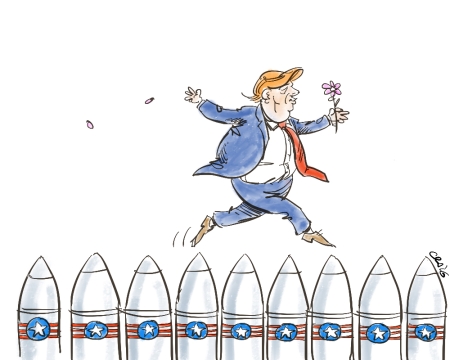 Recently I was diagnosed with Atrial Fibrillation. In layman’s language, an irregular heartbeat. My doctor observed it in my routine check up. I had first noticed it last November, but as I had no other symptoms I had given it no thought. My MD, however was definitively alarmed, threatening to put me on Warfarin – rat poison for goodness sake! However, she ultimately settled for 81mg of aspirin and a referral to the Atrial Fibrillation Clinic at St. Paul’s Hospital.

So what does this have to do with my new relationship with our orange-topped Leader of the Free World? Be patient. All will be revealed.

My belief in the relationship between mind, body, and Soul caused me to immediately begin an enquiry both inside and outside conventional medical treatment.

The physical reasons behind this rhythmic shift, according to the Mayo Clinic, can include: high blood pressure, heart attacks, coronary disease, valve problems, congenital defects, stimulants such as caffeine, stress, sleep apnoea and a host of others. I resigned myself to a journey through the conventional medical system – blood work, an echocardiogram and a heart monitor for twenty-four hours. I also pursued healing on a series of other fronts. I began to have bodywork, started acupuncture along with a series of back exercises. (I had not considered that the spine plays a fundamental role in conducting the signals that cause the heart to beat)

But on the emotional and spiritual side, what could have happened to cause this disharmony?

Clearly my heart had lost its rhythm. That seemed a curious and meaningful metaphor.

I knew that I had first noticed my heart beating irregularly in November of last year. I wondered what could have happened then to trigger such a change, so I sought out my journal and found two entries. Both were on the same subject: My despair at the election of Donald Trump as President of the United States.

I began to see the trap I had fallen into. I had become active at seeking out all news that disparaged the new President. I wanted him to fail, to be impeached or resign.

Every day I would look for the most negative articles I could find. I loaded the New York Times app on my phone as well as the New Yorker, who seem to hate him more than anyone else.

Ironically I was learning a poem by Hafiz at the same time interpreted by Daniel Ladinsky and titled “We Have Not Come to Take Prisoners”. It includes the phrases: “Run my dear at anything that does not strengthen your precious budding wings. Run like hell my dear from anyone who may stick a sharp knife into the sacred tender vision of your beautiful heart.” I had been doing the opposite. I had been running towards the very thing that had compromised my heart and my desire to live my life through the lens of love and compassion. It was time to change.

So I disengaged. I dropped the obsession and introduced balance.

I no longer sought out the bad. I tried to acknowledge the good and even began a daily practice based on an adaptation of Psalm 15:

Lord, may President Trump be trusted with power.

May he find a passion for justice,

May he speak the truth from his heart.

May he let go of his selfish interests and grow beyond his own limitations.

May he see the wretched as his family and the poor as his flesh and blood.

May he learn to be impartial and worthy of the people’s trust.

May his compassion prove boundless and his kindness astound all the people.

(Thanks to Stephen Mitchel for his exquisite adaptation)

This is a daily prayer I have introduced into my spiritual practice. It took quite a wake up call for me to change, but I have decided it is time to shift from my obsessive negative perspective on the new president to send positive messaging.

I still have doubts this will change Donald Trump, but perhaps it will change me and support me in creating a deeper rhythm of harmony with my heart.

If you would care to join me, who knows? Maybe we can help his heart, too.

NB Special thanks to my friend Lorne Craig who both provided the hilarious cartoon and edited my original to make it so much more coherent.

The Souls Journey – How to learn to Say Yes 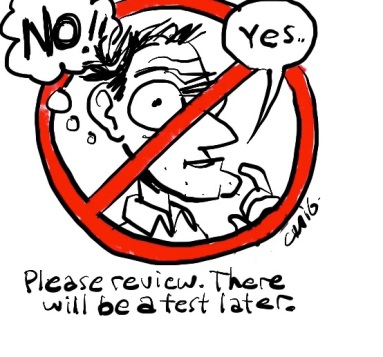 My recent blog on “How to Learn to Say No” triggered an unexpected self-awareness. I needed to learn how to say “Yes”. My default response when asked to do something was often “No”. This was intriguing. While I was exploring the mechanisms that caused someone to react with a ‘Yes”, I realized I had the opposite inclination. So what gives?

I realized my initial response would always take care of my own needs and feelings first. In fact I would not naturally consider the impact my response may have on another. For example recently I planned a visit to idyllic Cortes Island where I am fortunate enough to have a second home. One of the gifts of visiting is I get a chance to hang out with a dear friend of many years. One of our shared interests is soccer and when he knew of my intention to come he suggested we watch the Confederation Cup Final together. As my interest in the sport wanes in the warmer weather, I abruptly dismissed the idea. It was not until I began this inquiry that I began a process of reconsidering my reaction. Suddenly I began to see that that this was not about soccer but friendship. It never entered my head that he may have extended the invitation because he wanted to see me. At no time had I considered the feelings that may have been behind the invite.

So why, when faced with choice, is my automatic response more likely to be no, and what can I do to become more conscious in my decision as opposed to reactive? Once again I suspected this is a pattern created in childhood by a coping mechanism. However while I find the situation that is likely to create the reaction of “Yes” easy to comprehend, I could not immediately see what circumstances may lead to the opposite result.

Those who can only say yes are likely influenced by demanding or narcissistic parents where yes is rewarded whereas no could result in a withdrawal of affection and the like. So under what circumstances could “No” become the answer that gets rewarded and affirmed.

I sense the key must lie in my early dependence as a child. At the age of six my mother had a baby girl; my younger brother was only four and she had three older children to care for as well. As a result I became extremely independent.

As a therapist suggested later my needs weren’t being met yet my self-sufficiency as such resulted in this not being a problem. My universe became that containing me and my younger sibling. We create a world that was autonomous of the world around us. Under those circumstances it seems reasonable that self-preservation of this entity became the coping mechanism and a natural consequence of that was to reject things that interfered. In this way saying no, unless it clearly served the primary scenario would emerge as a natural result. Thus my automatic response to anything that does not immediately resonate with serving myself is “No”.

So how to change? Well the first step in this as in any other healing journey is awareness. By becoming aware I can begin to notice when the default response is about to manifest. The second step is to play for time – can I let you know later? The third step is consideration of the other – how will they feel if I say no? Is there a higher good to be addressed? How would I feel if I said yes? Finally there is the conscious response which may be either yes or no but it will be a considered response as opposed to a reactive one.

Recently I had scheduled an evening with a small Spiritual Guidance group that I facilitate. When the number dropped to only two people attending I decided it was not worth the time and energy. However both of the remaining people seemed quite upset. They asked if I would meet with them anyway. I noticed my immediate inclination was to say no but I took some time rather than reacting. I realized that perhaps there was a higher good that took precedence over my feelings so I reinstituted the meeting. It was a wonderful rewarding evening that I am so glad I did not miss. As the Hindu proverb says, “you take one step toward God and God comes running towards you.”